Back by ‘popular’ demand…the mailbag:

Stop being a Cardinals hater! You’re just jealous that they knocked your Packers out of the playoffs two years ago.
Yeah I wasn’t happy about the result of that game…but how am I hating on the Cardinals? Because I said they won’t win anything of consequence with Carson Palmer at QB? He’s won ONE playoff game in his career…and yes it was in January 2016 against Green Bay. But he’s getting up there in age, has a lousy offensive line in front of him, and I just don’t believe he will withstand the pounding for another 16 games this season. The Cards are a good team…but without superior o-line and QB play, a first round playoff loss is their ceiling.

How do you feel about athletes sitting / not standing for the national anthem?
Honestly I hate it but I get it. If I were a team owner, I would mandate that each player stand in solidarity during the anthem. But in this day and age freedom of expression is more tolerated than ever. If coaches and owners allow it, I guess it’s fine to let the players choose how they act.

If you were an owner, would you sign Colin Kaepernick or let him be someone else’s problem?
Let’s put it this way, while I don’t agree with his actions last season by protesting the anthem, if my team needed QB help and I thought he could make a difference, I wouldn’t think twice about signing him. 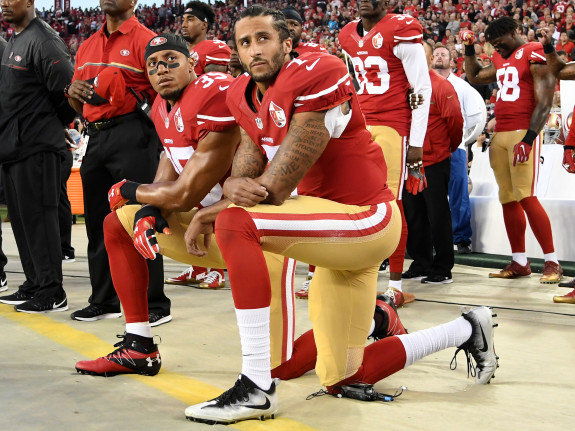 I read your column on fantasy football a few weeks ago…but give me an overall draft strategy to stand by.

Go contrarian. Do something different than the rest of your league. If wide receivers are going high in your league, take the upper tier running backs that fall to you. If RBs are flying off the board, draft a Mike Evans, A.J. Green, Jordy Nelson, or Michael Thomas in the first round and follow it up with a Dez Bryant in the 2nd. Don’t be afraid to reach on Aaron Rodgers or Tom Brady either. They’re consistent and can win you weeks practically by themselves.

Say something positive about Todd Graham and Rich Rodriguez. Please and thank you.
Todd Graham: He talked a 5* QB who didn’t get a chance to play at Alabama into coming to ASU (to start the season as a backup?).

Rich Rodriguez: He’s a nice guy and is fantastic speaking to donors, boosters, and fans. And he can coach offense pretty well.

See…I can be nice every once in a while…(with that said I would still be surprised if both were employed at their current universities in 2018).

Is this year’s Diamondbacks success a one-year-wonder or the start of a trend?
I have a good friend, Doug, who is a DBacks loyalist and “truther.” He believes that a firesale is coming next season as many key players are arbitration eligible. Will the front office be willing to up the payroll to keep another year or two of this core together? Hopefully…but I trust his opinion to this point. I’m afraid a Padres / Phillies / White Sox-like rebuild might happen sooner than later. But hey…it worked for the Cubs and now the Astros!

What will be the next major sporting event to be held in AZ?
This area has been on a good run lately: Super Bowl in 2015, CFB National Championship in 2016, and Final Four this past March / April. NFL Commissioner Roger Goodell on Monday told Cardinals fans at a forum that he’d be “shocked” if the Super Bowl didn’t return to Arizona soon. I’m not so sure…

I wouldn’t be counting on a World Series, Stanley Cup Finals, or NBA Finals to take place in Phoenix anytime soon. So it may be a while, folks… 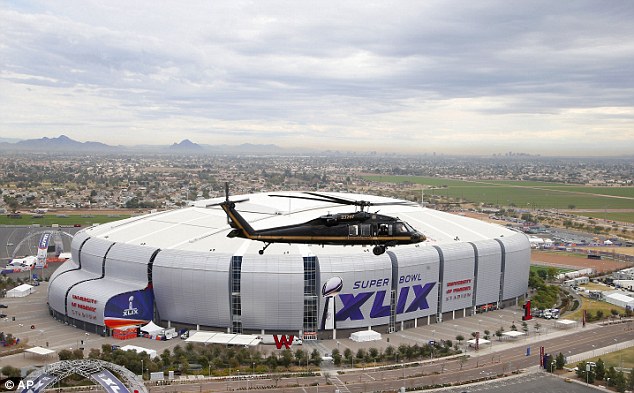 Just curious…which platform is easier to host: live radio or live TV?
Easy one. Radio is so much easier…for me and the audience’s eyes…because no one has to look at my ugly mug. They coined the term “face for radio” for a reason.

In all seriousness though, live TV is so much more difficult. Those people who do it effortlessly…I can’t emphasize how much respect I have for their abilities. TV just brings an added level of pressure. Radio is by no means easy but at least you don’t have a camera catching your every move or facial expression.

What can we expect from the blog each week during football season?
Mondays: Four Downs – reaction and opinions from the weekend’s action

In July’s mailbag, the parts about your dating life were hilarious. Tell us another one!
This story is from a good, oh, 6-7 years ago. I started talking to a cute girl on one of the online dating sites (this was the pre-app days…before Tinder, Bumble, etc…) and we agreed to go for dinner at a nice, but not too fancy Scottsdale restaurant. I honestly don’t remember her name but she was very cute (and most certainly is married with kids by now). Since I have the eating habits of a six-year-old I decided to order a cheeseburger PLAIN on the date. The conversation was going well and I was definitely into it.

Then the food came.

My burger was slathered in mustard which I HATE! I told myself internally not to send the burger back. I hate sending food back in general…but I won’t eat mustard under any circumstances! So I politely called the waitress over and asked for a plain burger. The girl had this look on her face…I knew right then I was toast. I profusely tried to apologize and play off burger-gate with a laugh but it wasn’t working. Needless to say, eventually I got the plain burger and the rest of the date was awkward. I don’t believe we ever spoke / texted again after that night.

In case another girl ever wants to go out with you again, any tips for HER?
Yes…only one. When I inevitably pay on the 1st, 2nd, or 3rd date, say THANK YOU. Even a fake reach for the wallet will work. But don’t ignore the presence of my credit card alongside the receipt. I can’t tell you how many times this has happened to me over the years and it’s the WORST.

There you have it…dating tips from a guy who’s 34 and single. Your life is now complete.

And one more thing…congratulations to my friends Ryan and Stephanie on the birth of their baby boy, Henry on Tuesday in Scottsdale!

For a future mailbag, direct your questions here or tweet me @eacohen83.

2 thoughts on “August Mailbag: Cardinals-shaming, the next major sporting event in AZ, and a dating disaster”