Before I get into the picks below, I’d like to offer my condolences to Arizona Cardinals fans on a premature ending of the 2017 season. Losing running back David Johnson to a wrist injury for a minimum of 9 weeks, if not the season, is a crushing blow that can’t be overstated. He was the heart and soul of an already questionable Arizona offense with an aging quarterback and lack of other proven weapons (other than Larry Fitzgerald). A Kerwynn Williams-Chris Johnson-Andre Ellington three-headed platoon at RB will have the occasional big play, but without DJ, this team is destined for a 6-10, 7-9 type of season. I feel badly for Palmer and Fitzgerald who won’t have many, if any, more opportunities to attempt a sustained playoff run. Truly an unfortunate injury in week one. 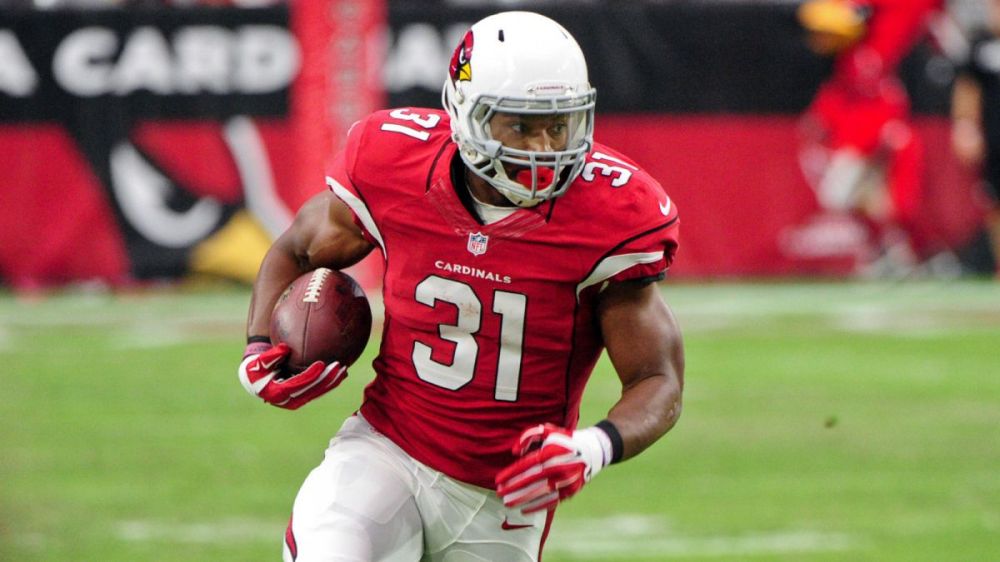 Week 2 NFL Picks
Last Week: 10-5 Straight Up (SU), 7-8 Against the Spread (ATS)
(Picks against the spread in parentheses)

Cincinnati 20, Houston 17 (ATS: Texans +4.5)
Both teams stunk in Week 1. If Houston wasn’t so banged up / concussed, I would take the Texans to win in a heartbeat. One of these teams will be off to an unexpected 0-2 start when on paper, they easily could’ve been 2-0.

Kansas City 27, Philadelphia 20 (ATS: Chiefs -4.5)
Two of Week 1’s most impressive road winners. If Kareem Hunt continues to be the real deal, Kansas City will be a major threat in the AFC despite losing safety Eric Berry for the season to an achilles tendon injury. The (Chiefs HC) Andy Reid against his former team storyline is an interesting one.

Tennessee 24, Jacksonville 17 (ATS: Titans -1.5)
Huge swing game for the Jaguars here. Can they get a two game division lead on all three teams? If so, Jacksonville would be in GREAT shape after Week 2.

Pittsburgh 27, Minnesota 17 (ATS: Steelers -6.5)
The Vikings were very impressive offensively on Monday night but on a short week heading into the AFC’s 2nd or 3rd best team…I don’t see a good result for them.

Arizona 26, Indianapolis 13 (ATS: Cardinals -7.5)
Without QB Andrew Luck, the Colts rival the Jets for the worst team in football. The Cards will miss David Johnson most weeks…but not as much in Week 2.

New England 41, New Orleans 27 (ATS: Patriots -6.5)
Huge game for both teams. But New England is superior on both sides of the ball and I just can’t see New Orleans’ D putting up too much resistance against Tom Brady and company.

Tampa Bay 27, Chicago 14 (ATS: Bucs -6.5)
The Bears won’t play nearly as well as they did in Week 1 against Atlanta. Though the Bucs have gone through turmoil with an unexpected first week bye (due to Hurricane Irma), they shouldn’t have much trouble in their 2017 opener.

Carolina 27, Buffalo 20 (ATS: Bills +7.5)
Carolina looked darn good against San Francisco on Sunday but QB Cam Newton wasn’t as sharp as he had been in previous years coming off a shoulder injury. Don’t be surprised if the Bills keep this close.

LA Chargers 30, Miami 24 (ATS: Chargers -4.5)
Will Miami be ready to play after being nomads for the past 10 days? Expect a thriller in the Chargers new tiny stadium (less than 35,000 seats). Start all your fantasy players in this game.

Denver 27, Dallas 20 (ATS: Denver +1.5)
I’m still not sure what to think about Denver after their near meltdown on Monday night. I do, however, think Dallas is overrated.

Seattle 34, San Francisco 13 (ATS: Seattle -12.5)
The Seahawks have major offensive line issues but I’m not sure how a banged up 49ers D will slow down Russell Wilson and the ‘Hawks passing attack.

LA Rams 24, Washington 23 (ATS: Washington +2.5)
The Rams aren’t nearly as good as they looked in Week 1…but either way, I’m giving new coach Sean McVay the slight edge over his former team.

Atlanta 34, Green Bay 30 (ATS: Falcons -2.5)
As much as I would love to pick my Packers, I see Atlanta’s offense having a field day against GB’s secondary. Should be a very fun game to watch (and GB will get their revenge in the playoffs I predict.)

NY Giants 27, Detroit 17 (ATS: Giants -4.5)
Very simply…New York will be significantly better with Odell Beckham, Jr. in the lineup than they were in Week 1. Detroit played a great 2nd half against the Cardinals but I’d be quite surprised if they pulled the road upset on Monday Night Football.

Guest picking our college football predictions this week is local radio personality and Arizona Diamondbacks long time emcee, Mike Bauer. He is the co-host of Morning Fanatics, weekdays 6-10am on 1580AM The Fanatic and a diehard ASU Sun Devil (unfortunately).  Can he maintain the guest pickers’ 5 game lead against the spread? All four of us are tied straight up but with the differences below, expect the standings to be shaken up this week.

EC: Despite winning in Tempe last week, San Diego State gets ambushed at home by an angry Stanford team coming off a loss to USC. Vegas has the line set at Cardinal -9.5…I think David Shaw’s team covers with ease, 34-10. And oh yeah, if ASU loses to Texas Tech as all four of us think they will, is Todd Graham still the head coach next Saturday to open Pac-12 play vs. Oregon? 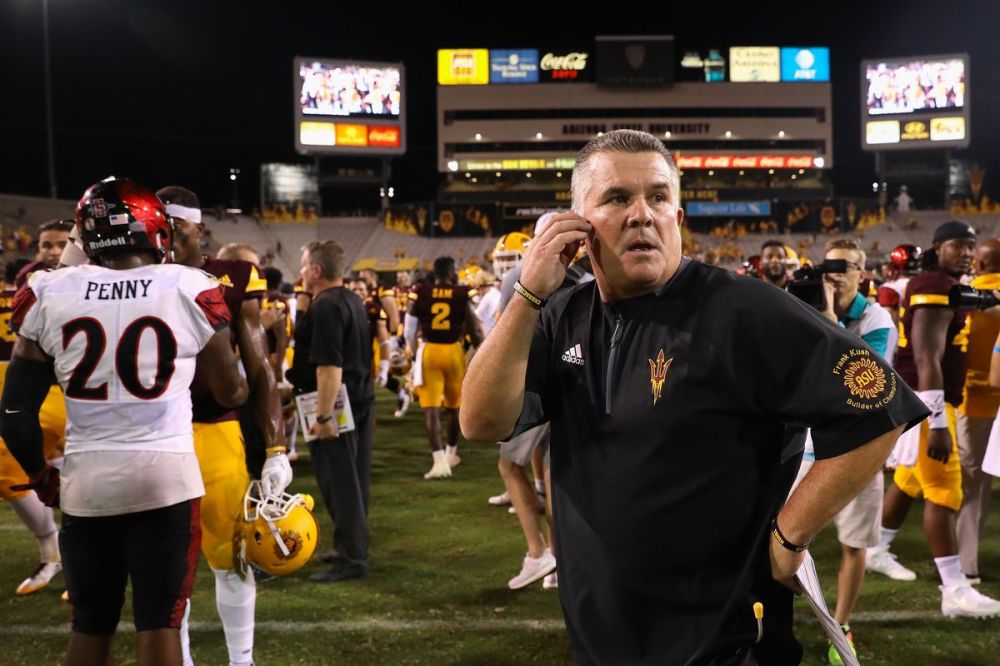 JB: Why is the current state of Buckeye nation reminding me a lot of Florida in late 2009 and all of 2010? Could Urban silently be plotting his next move? While an eventual QB change is inevitable and a playoff berth certainly possible given the length of the season and stockpile of talent in Columbus, I’m getting the sense that a voluntary coaching change might be on the horizon.

MB:Memphis beats UCLA. Following the win, Tigers coach (and former ASU OC) Mike Norvell is rumored to be a future head coach option at both ASU and UCLA.

For more thoughts and predictions on these games, check out Friday’s Quick Hitters blog.