If I told you that an NFL team would run 30 more plays than their opponent, possess the ball for 13 minutes longer, and commit no turnovers, you would almost certainly agree that they would win the game, correct?

Unfortunately the Arizona Cardinals lost 28-17 to the Dallas Cowboys on Monday night despite posting those statistics. Embarrassing. But then again when their best player is out until at least Week 10 (David Johnson), it leaves the offense devoid of playmakers not named Larry Fitzgerald. The offensive line allowed six sacks and it appeared that Cowboys defensive end DeMarcus Lawrence morphed into the modern day Lawrence Taylor as a pass rushing machine.

I can’t even fault QB Carson Palmer who played fairly well considering his offensive line did him no favors. It’s going to be a LONG season Cardinals fans. Fortunately you have a very (very, very, very) winnable game this week against the lowly 49ers.

I was cocky last week and got what was coming to me. So back to basics…here’s to hoping for another winning week similar to Week 2’s 12-4 SU and ATS.

GREEN BAY 24, Chicago 10 (ATS: Packers -7.5)
Nice to see the Bears get a win because that won’t happen often this season. Even with Green Bay’s offensive line troubles, I don’t see Chicago posing much of a threat on a short week.

New Orleans 30, Miami 24 (ATS: Saints -2.5)
The Dolphins produced one of the most pathetic efforts in recent memory last week against the Jets; now I think they’re going to fly to London and stop Drew Brees and the Saints’ dynamic offense? If you want to think that, fine, I sure don’t.

HOUSTON 24, Tennessee 20 (ATS: Texans +1.5)
Texans rookie QB Deshaun Watson was mostly outstanding in a near upset of mighty New England last week. Considering this is his first home start in the NFL, I’ll pick the minor upset here. As predicted in early-August, the AFC South division race will be such a crapshoot all season.

Cincinnati 27, CLEVELAND 20 (ATS: Bengals -3.5)
The Bengals are on the decline while the Browns are trending up. But Cincinnati needs this game more (in an attempt to save coach Marvin Lewis’ job) so it’s usually a good thing to go with the desperate team.

MINNESOTA 26, Detroit 13 (ATS: Vikings -2.5)
The Vikings played so well last week against the Bucs and frankly the Lions got screwed at the end of the game vs. the Falcons. But the fact that Minnesota is only giving 2.5 points here is an absolute gift. Take the Vikings and their stifling defense and don’t look back.

ATLANTA 30, Buffalo 17 (ATS: Falcons -8.5)
The Bills pass defense has been very good…but they haven’t faced the likes of Matt Ryan and Julio Jones. The Falcons start 4-0 with relative ease.

Pittsburgh 23, BALTIMORE 20 (ATS: Steelers -2.5)
Picking the Steelers to win a game on the road is always questionable (as we saw what happened vs. the Bears last Sunday). But Baltimore looked downright hideous against Jacksonville in London and they don’t even get a bye week before playing Pittsburgh? No thanks.

DALLAS 27, Los Angeles Rams 20 (ATS: Rams +8.5)
If you don’t know what the term “backdoor cover” means in gambling, you’ll understand it well when LA scores a last minute touchdown to barely cover the 8.5.

Jacksonville 20, NEW YORK JETS 6 (ATS: Jaguars -3.5)
Don’t sleep on those ‘Sacksonville’ Jaguars…and yes that was intentional. The Jags defense has been awesome in 2 of their 3 games and facing a Jets offense with the worst talent in the league, let’s make it 3 of 4.

NEW ENGLAND 30, Carolina 17 (ATS: Patriots -8.5)
Cam Newton just isn’t right…simple as that. And nor is New England’s defense. But if the Panthers couldn’t slow Drew Brees and the Saints last week, how will they slow down the juggernaut that is Tom Brady and the Pats offense?

LOS ANGELES CHARGERS 27, Philadelphia 17 (ATS: Chargers -1)
**5* GAME OF THE YEAR ALERT** The Chargers won’t start 0-4 including 0-3 at home in their tiny stadium. Coming off an emotional last second win and traveling across the country, I’ll gladly fade the Eagles this week. If I had a house to throw on this game, I would (and I hope I won’t be eating those words come next week).

ARIZONA 26, San Francisco 20 (ATS: 49ers +7.5)
I predicted both teams to win last week but of the two, at the least the 49ers showed some fight in the 4th quarter. I really wonder if the Cardinals might struggle to win 6-7 games this season.

TAMPA BAY 26, New York Giants 23 (ATS: Giants +3.5)
Remember that I predicted both of these teams to win their divisions in my 2017 NFL Predictions? Tampa Bay at least still has a chance. After this close loss, the Giants will be looking forward to 2018 and likely saying adios to coach Ben McAdoo sooner than later.

Oakland 23, DENVER 21 (ATS: Raiders +2.5)
The Raiders were pathetic in Washington on Sunday night and now I’m going to pick them to win a game in Denver? Call it a hunch…but then again, I wouldn’t wager any houses on this pick.

SEATTLE 31, Indianapolis 10 (ATS: Seahawks -13.5)
What a stinker of a Sunday night game with the Colts still missing QB Andrew Luck. This is the game the Seahawks get right. Look for a big game from rookie RB Chris Carson and the ‘Hawks defense.

KANSAS CITY 33, Washington 21 (ATS: Chiefs -6.5)
The Chiefs have been the best team in football to start the young season while the Redskins are a surprising 2-1. Interesting game here but KC’s offense looks unstoppable right now led by rookie phenom RB Kareem Hunt, who will explode for another 150 yards and 2 TDs in this one.

This week’s guest picker is my all-time favorite sports radio personality, Arnie Spanier. I first met him in the mid-90s when he was the afternoon host on KGME 1360 (and I was just a teenager who wanted to be a sports radio host).  Since then Arnie has traveled across the country (Los Angeles, Dallas, Atlanta to name a few places) stirring up the pot wherever he goes. Currently he can be found on ESPN 101.3 in the Northeast and nationally on Fox Sports Radio. Being that he’s a fellow UofA alum and a heck of a nice guy off-the-air, I’m stoked to have his crazy predictions in the column this week.

Steve has roared into the lead coming off two very good weeks…though the guest pickers still hold a slight edge against the spread.

Speaking of ATS results, JB is 11-28! If you’re looking to make money, fading his picks might be a wise play (and as I say this, he’ll probably go 9-1 this week).

EC: UofA won’t lose this week! Oh wait…that doesn’t count (they have a bye week). My bold prediction is that after Tennessee loses a close one to Georgia at home, the administration announces that coach Butch Jones will be replaced at the end of the season. Let the Chip Kelly to Tennessee rumors commence! 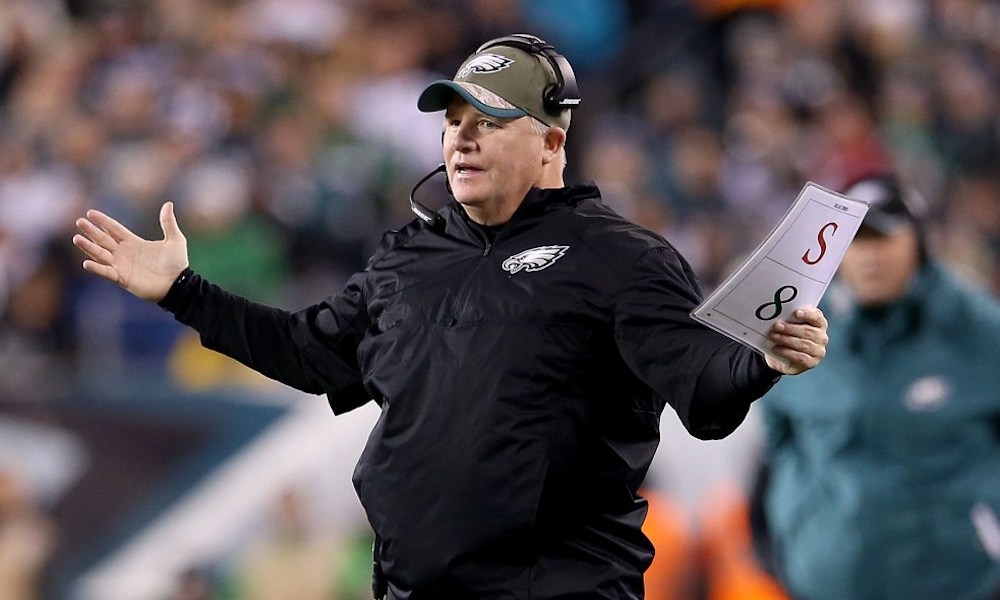 JB: Call it the curse of Barry Alvarez if you’d like, but more the more appropriate retort is ‘it wasn’t us, it was you’. Bret Bielema was 68-24 in seven seasons as the Badgers head coach before bolting for Arkansas, claiming he didn’t have enough money to retain his assistant coaches. In his fifth season coaching the Hogs, Bielema’s record in Fayetteville is 26-28 and, despite a larger budget, it’s been a revolving door for his assistant coaches. Gary Andersen went 19-7 in just under two seasons in Madison before departing for a ‘dream opportunity’ at Oregon State. Andersen’s proffered reasoning for leaving Wisconsin was that he couldn’t get his players admitted into the University. Now in his third year in Corvallis, Andersen’s Beavers are a paltry 7-21. For the record, the Badgers are 44-14 since Bielema departed, and 25-6 since Andersen left. Here’s guessing Paul Chryst isn’t leaving Madison anytime soon.

(Editor’s note: Considering JB is a Wisconsin alum and diehard fan, I’m surprised it took him this long to write about Bielema, Alverez, and Chryst).

AS: A few bold predictions…Washington State, the most underrated team in college football, pulls the upset over USC…Oklahoma State loses its second game in a row while Texas Tech goes to 4-0…Virginia Tech pulls the most surprising upset of the day by beating Clemson.

For more thoughts and predictions on these games + my thoughts on college basketball’s bribery scandal including UofA, check out Friday’s Quick Hitters blog.