I’m actually looking forward to the day Tom Brady and Bill Belichick retire and/or leave New England. Picking against New England with both still at the helm is foolish – you’ll be wrong a lot more often than you’re right. And honestly, talking about parity in the NFL with the Patriots still in the peak of their dynasty takes some of the shine away from that argument. Is there such a thing as being TOO good in sports? Guess we’ll find out once again starting this weekend. Now on to the picks… 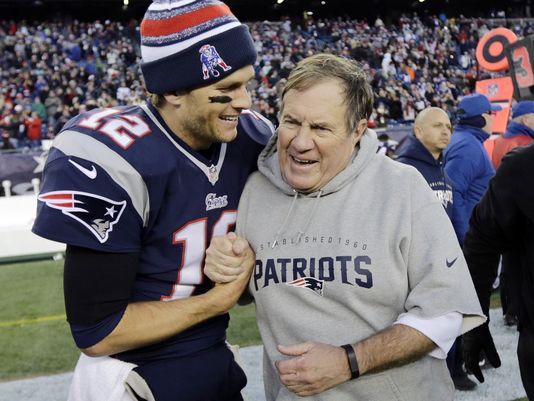 NEW ENGLAND 34, Tennessee 13 (ATS: Patriots -13.5)
How the Titans managed to beat Kansas City last week was the stuff legends (and fools) are made of – I mean, the Chiefs ran the ball only FIVE TIMES in the last 48 minutes of the game despite being far ahead in most of it. While I commend Marcus Mariota and company for singlehandedly saving coach Mike Mularkey’s job for another season, this weekend won’t go very well for the Tennessee folks. With an extra week of rest and to prepare, I would be stunned in the Patriots didn’t win by double-digits. Look for big games from Tom Brady, Rob Gronkowski, and Dion Lewis in the comfortable New England win. Tom Brady moves on to his 12th AFC Championship Game, a record no player will ever come close to breaking.

PITTSBURGH 23, Jacksonville 20 (ATS: Jaguars +7.5)
This was the score I predicted in advance of last week’s games and I’m sticking to it. Jacksonville went in to Pittsburgh and spanked the Steelers 30-9 in Week 5…can they do it again? The answer is no if Blake Bortles has to do any of the heavy lifting. I just don’t trust the Jaguars QB to make clutch plays considering he’s as inaccurate as they come. Jacksonville wins this game if it stays in the teens scoring-wise. It won’t and they won’t. My buddy, we’ll call him BOOMCRUSH, who is seriously invested in Jaguars Super Bowl futures won’t be a happy guy come Sunday afternoon.

Atlanta 26, PHILADELPHIA 20 (ATS: Falcons -2.5)
Blind resume test (which I should’ve done last week):
Team 1: Untested playoff team missing their All-Pro caliber starting QB.
Team 2: Battle-tested playoff team a year removed from a Super Bowl appearance and not missing any key players.
Seems easy, right? I’ve read prognostications that the Eagles are going to have to slow down the game, play ball-control offense, and keep Matt Ryan’s offense off the field. I believe just the opposite. Speed it up, let Nick Foles play up-tempo, mix up the run and pass and rely on your solid defense to make stops. While that solution sounds nice, it won’t work for the Eagles this weekend. Atlanta moves on to its second consecutive NFC Championship Game.

New Orleans 27, MINNESOTA 24 (ATS: Saints +4)
Minnesota has all the advantages in this game – home field, crowd, rest and preparation. But they don’t have Drew Brees. While the Vikings’ defense has been excellent all season, the Saints just have the IT factor this season. And with a chance to host the NFC title game in New Orleans for the second time this decade, the Saints will capitalize. I just don’t trust in upstart Vikings QB Case Keenum to lead a game-typing-or-winning drive when it matters in the playoffs. One thing to keep an eye on…New Orleans’ defense. If they play as poorly as they did last week in the 2nd half against the Panthers, this prediction is all for naught.

While I ended my college football season best bets at an even .500 after Monday’s thrilling National Championship Game, I’ve guaranteed myself a winning record in the pros. Somehow, despite being 1-3 against the spread, I ended up with a winning record last week best bet-wise by picking the over/unders.  Here are this week’s plays: