NOTE: I wrote this story last year before the articles were posted on 1580TheFanatic.com. I’ve updated a few parts since then…but a year later, I couldn’t agree more with all of these suggestions!

Don’t get me wrong – sports are my world…but they’re far from perfect. A few tweaks here and there might make all the difference. While I’m glad the Suns got the #1 pick (and yes, I’ll eventually pay off my Daily Blender Carl’s Jr. bet based on that), watching their obvious tanking from February onward was mildly disgusting. So what can be done to remedy the situations? Here are some solutions: 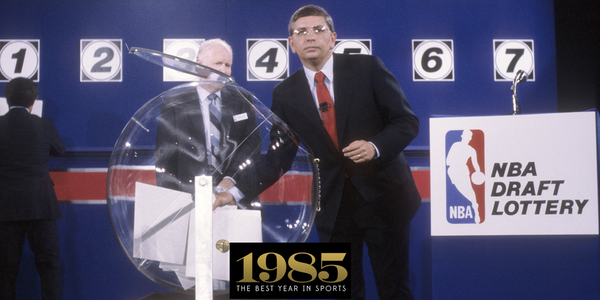 The NBA especially has a major problem. Teams with no chance of making the playoffs often sit their best players in the final weeks in order to give themselves less of a chance to win games. The less games a team wins equals the greater chance they have at attaining a higher draft pick. In the NFL, losses are directly proportional to a team’s draft pick with no lottery system in place. Time to fix these flawed systems.

SOLUTION: This is an easy one and in both sports it would make for a much more must-see television event. For the purpose of this exercise, let’s use ping pong balls as the method of choice. Seed all non-playoff teams 1-20 (NFL) and 1-14 (NBA) with the worst team getting 20 (NFL) and 14 (NBA) ping pong balls in the hopper. Continue the process so each team gets one less ball than the team ahead of them until the closest playoff teams each receive one entry in the drawing. The NBA would have 105 ping pong balls to choose from and the NFL would have 210.

Both leagues would use celebrity legends currently unaffiliated with any team to press the button choosing a ball randomly correlating with the pick number. Yes, there would be repeats that would have to be ignored and teams with multiple picks inside the lottery would have differentiated balls in order not to repeat unfairly.

With this method in place, tanking doesn’t give a team too distinct of an advantage. Theoretically the 0-16 Browns could pick 20th (albeit extremely unlikely). This one is SO easy to fix – please tell me why the leagues won’t do it already!

2. Cap the number of extra innings in baseball – count ties in the standings.

Watching ridiculously long baseball games certainly doesn’t help the sport. By the end of a 16 inning game, how many fans are realistically still there in the stands? 5,000 at most? It’s time to come up with a sensible resolution to please everyone but the ridiculous baseball purists.

SOLUTION: If teams are deadlocked after the 12th inning, the game will be considered a tie. Three innings of extra baseball is plenty. The amount of wins would no longer necessarily decide which teams make the postseason. Winning percentage would be the primary factor.

3. Bring back the ability for high school players to enter the NBA Draft.

Kevin Garnett, Kobe Bryant, LeBron James. Three future Hall-of-Famers who never had to step foot on a college campus because they felt they were ready for the NBA straight out of high school. And oh yes, they were just fine. Currently the rule is that players eligible to be drafted must be 19 years old and at least one year post-high school. Dumb dumb dumb. Some players (including Emmanuel Mudiay in 2014-15 and Terrance Ferguson in 2016-17) skipped college and played overseas for a season before being drafted. Others are forced to step foot on college campus’ because of a dumb rule and are generally hurting schools’ academic performances (see Kentucky for example).

SOLUTION: Eliminate the one-and-done rule in college basketball. Similar to baseball, allow players to declare for the draft out of high school otherwise they must wait until the end of their sophomore season (currently juniors and seniors are only allowed in the baseball draft). For high school players who don’t catch on to an NBA roster immediately, allow them to play overseas for a season before having the chance to be drafted once again the following season.

Everyone has an opinion on this one…but 16 is too many teams and 4 is too few.  I’ll keep this one short and sweet…

SOLUTION: The winners of the ACC, Big 10, Big 12, Pac 12, and SEC championship games are guaranteed a spot. The highest-ranked non-Power 5 team (not including Notre Dame) will be included as well as the two highest-ranked non-conference champs.  Seed them based on their final College Football Playoff ranking (according to the selection committee). Here’s the one kicker that allows this to work quite nicely: all four of the first round games are played the week before Christmas at each team’s home stadium! The semifinals and championship game can be played at rotating bowls / sites as is currently the case.  At most two teams will play 16 games per season.

5. Change the first and second round format of the Men’s NCAA Basketball Tournament.

Wait, what? Mess with March Madness? Guess what folks, women’s basketball does it right.  The top 16 teams are considered the hosts of their first two games and have the luxury of hosting three other teams on their home court. In the 2017 & 2018 Women’s Tournaments, 12 of the 16 host teams advanced to the Sweet 16 played at neutral sites.

SOLUTION: Reward regular season and conference tournament success! If a team plays well and earns a top 4 seed in the Big Dance, let them play potentially their first two games on their home court. Most people love the 15 over 2 upsets while personally, I’d like to watch the best teams play in each round. In college football, 90+% of the time the BEST OVERALL TEAM wins the title. In men’s college basketball, due to the streaky nature of the sport, I’d say the best team wins maybe once every two years. Under my plan, the road would become significantly tougher for the Loyola-Chicago’s of the world. (Side note: I wrote this originally a year before UofA’s embarrassing loss to Buffalo in the first round of the 2018 tournament. Had they been playing at home, I’m 98% sure they wouldn’t have lost that game).

Disagree with any or all of my changes, let me know on Twitter!