It’s been well-chronicled that my postseason NFL picks this year have been dreadful…3-7 straight up to be exact. And considering I’m 1-3 (including a Patriots miracle comeback two years ago) in Super Bowl selections since 2015, it’s hard to put a lot of faith in my pick below.

So by all means – fade the Super Bowl pick(s), long shot MVP plays, and Phoenix Open selections below…but just remember, I am due for a big win sooner than later…! 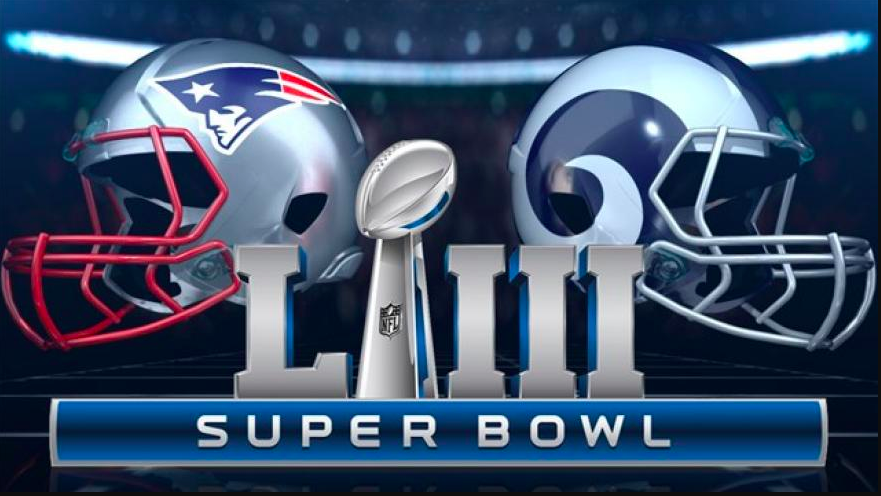 Here’s what I don’t understand…why are people forgetting that the Rams started out 8-0 and were, in most experts’ eyes, the best team in the NFL after Week 8? I picked New Orleans to win the NFC simply because of home field advantage and unfortunately for the Saints, it didn’t turn out in their favor. But the Rams have been awesome most of the season and there’s no reason they shouldn’t be this Sunday.

What more is there to say about Tom Brady and Bill Belichick? They’re the best QB-coach duo of all-time by far…but I think they’re going up against a hungrier opponent this time around.

When the Rams have the ball, I expect Todd Gurley to play like his pre-late season injury self and combine rush/receive for 100+ yards. The Rams should try to control the clock to keep Brady off the field and if they can grind it out on the ground, I’d be surprised if the Patriots win that time of possession battle.

On defense, the Rams defensive line is the key for me. Can they get pressure on Brady? Can they slow the run and put New England in 3rd and longs fairly consistently?

The Chiefs very well should’ve won the AFC Championship Game had they been able to stop the Patriots on 3rd and long but consistently couldn’t generate the necessary pass rush or sustain the coverage time after time. Well hate to break it to you folks…Wade Phillips is a heck of a lot better defensive coordinator than Bob Sutton. And the Rams have a lot more talent than the Chiefs do on that side of the ball.

I expect the game to be close throughout…with no team ever having a double-digit lead. It should be lower-scoring in the first half and open up in the second. New England will tie the Rams with five minutes left before LA wins on a Greg Zuerlein 34 yard field goal with under :30 seconds left to play. As typically happens when the Patriots lose a Super Bowl, a Brady Hail Mary pass falls short and the Rams franchise wins their second career Super Bowl.

My MVP Longshot Plays
–Rams DE Aaron Donald (18-1)
The best defensive player on the planet is my pick for MVP with 2.5 sacks to his credit.

–Patriots CB Stephon Gilmore (150-1)
Here’s a dart throw just in case a Pats defensive player wins the award. He’d have to get at least 2 INTs or a Pick-6 though.

It’s the craziest sports week of the year in the Phoenix-area with the Waste Management Phoenix Open in town for its annual week-long party.

Hideki Matsuyama, winner of 2 of the last 3 Opens is a good bet to win yet another WMPO title but I’ll go against him this week.

Here are four players I’m going all-in on this week:

Phil Mickelson (22-1): Three-time winner of this event and the no-doubt crowd favorite. Must get off to a strong start as I don’t trust him to come from behind.

Byeong Hun An (50-1): Was on his way to the WMPO title in 2017 before a final round 73 derailed his hopes. Here’s a solid long shot who is also a good value at 5-1 to finish in the top-10. Doesn’t play all that often on the PGA Tour but seems to be a desert course specialist when he does.

For more analysis and thoughts, listen to The Daily Blender, weekdays from 3-6pm on 1580TheFanatic.  You can tune in here.