Skip to content
Posted on February 6, 2019 by Eric Cohen

I won’t pull any punches with this statement: Not only was Super Bowl LIII a big letdown, it was the most poorly played “big game” I’ve ever watched in the NFL. With the exception of the 2012 BCS Championship Game (in college football), Alabama 19-0 over LSU, I can’t remember watching two more incompetent offenses in a meaningful game. It was brutal.

The biggest takeaway for the long term from the boring and uneventful Super Bowl was how poorly Rams QB Jared Goff looked. His Super Bowl performance was reminiscent of 2016, Goff’s rookie season when he was coached by the lackluster Jeff Fisher. While the Rams should have a hell of a team in future years, will they be held back by Goff? I think that question will be on plenty of Rams’ fans minds going forward. 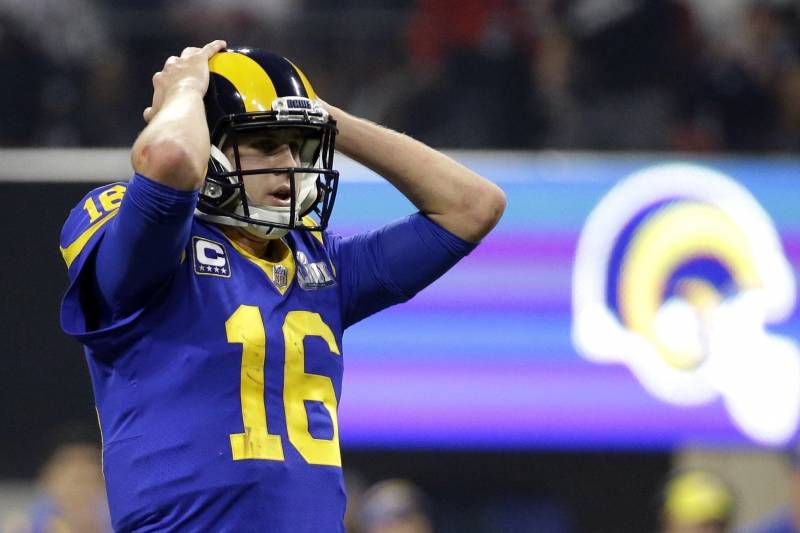 The NFL’s offseason hasn’t even begun yet so predicting the future is really difficult. There will be plenty of notable player movement this offseason but I’ll take my first stab at the 2019-20 season in this space.

Last year in this exercise I predicted 5 of 12 playoff teams. I have a feeling that I’ll improve this time around.

AFC
-East: New England
As long as Tom Brady is playing, it’ll be hard to not put the reigning Super Bowl champs in this spot. I think the Jets improve mildly with the Bills stuck in neutral and the Dolphins being mired in awfulness.

-North: Pittsburgh
I really have no idea what to expect from this division. If the Steelers move on from Antonio Brown as I expect, their offense becomes far less dynamic. Can Lamar Jackson take the next step as a passer in Baltimore? Is Cleveland for real in Baker Mayfield’s second season? And will Zac Taylor make an impact as the new Bengals head coach? Give me the Steelers but Baltimore and Cleveland could easily spoil the party.

-South: Indianapolis, Jacksonville
Another division where all four teams should be competitive throughout. The Colts have a healthy Andrew Luck and a ton of cap room to improve their chances. Does Tennessee take a step forward in 2019 with Marcus Mariota? I say no. Same with Houston – who is very talented but Bill O’Brien continues to underachieve and likely will be canned if the Texans miss the playoffs next season. I have no idea what to make of the Jaguars because their offense, especially at QB (Nick Foles?), will look a lot different. Give me Indy to win the division and because of the potential of their defense, Jacksonville to win a Wild Card spot.

-West: Kansas City, Los Angeles Chargers
This one isn’t too hard. The Chiefs should be the AFC favorites as 2018 MVP Patrick Mahomes continues to improve. Don’t sell short the Chargers though, as they return just about everyone from a team who went 12-4 in the regular season and upset the Ravens in Baltimore on Wild Card weekend. Denver and Oakland are in full rebuilding mode. 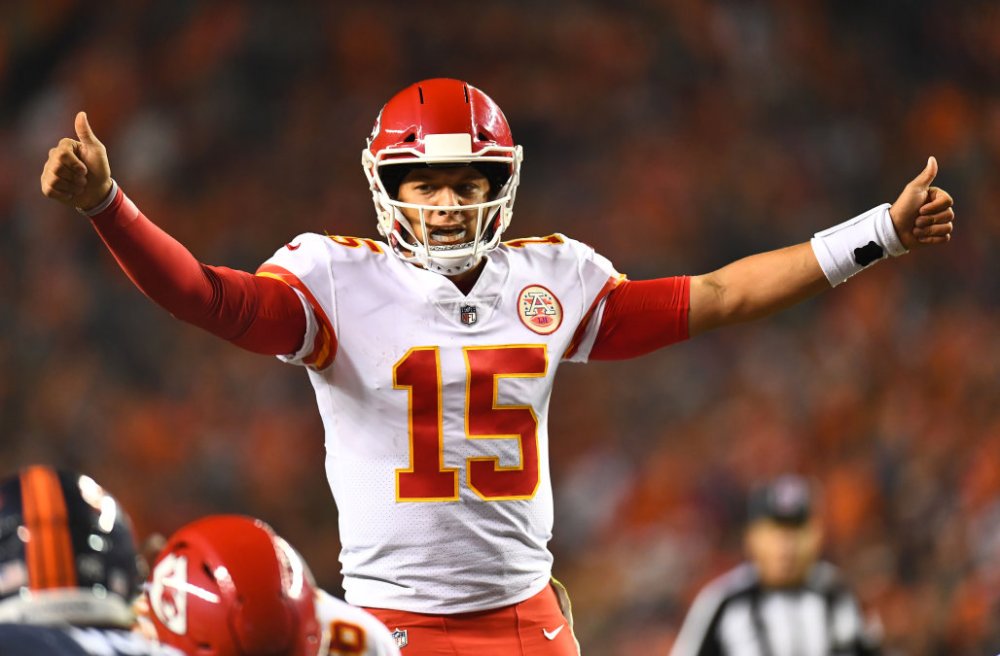 NFC
-East: Dallas
The Eagles likely won’t have Nick Foles-magic in 2019 and are due to take a step back one of these years. The Giants will be contenders once they figure out their long term QB situation. And Washington is a mess with Alex Smith likely sidelined for 2019 with that gruesome leg injury suffered late last season. So that leaves Dallas and lame duck coach Jason Garrett to win the division for the second season in-a-row.

-North: Chicago, Green Bay
The Bears have the best defense in the NFC and with slight improvement from Mitchell Trubisky, they’ll be right there with the Rams and Saints once again in 2019. I’m betting on a Packers resurgence under new coach Matt LaFleur…will they miss the playoffs for the 3rd season in-a-row. I think Mike Zimmer might be a dead coach walking in Minnesota especially if Kirk Cousins doesn’t take a major step forward. I will fade the Lions each and every season as long as Matt Patricia is coach…I’m not a believer in him nor Matthew Stafford.

-South: New Orleans, Tampa Bay
2019 is likely Drew Brees’ final season and he’ll want to go out on top. I think the Bucs win 9 or 10 games with new coach Bruce Arians tutoring QB Jameis Winston. It’s hard to trust Carolina with Cam Newton’s shoulder a major question mark; HC Ron Rivera might finally find the unemployment line if the Panthers miss the playoffs as I predict. Same with Atlanta coach Dan Quinn, whose team has never quite rebounded since blowing a 28-3 second half Super Bowl lead against New England two years ago. 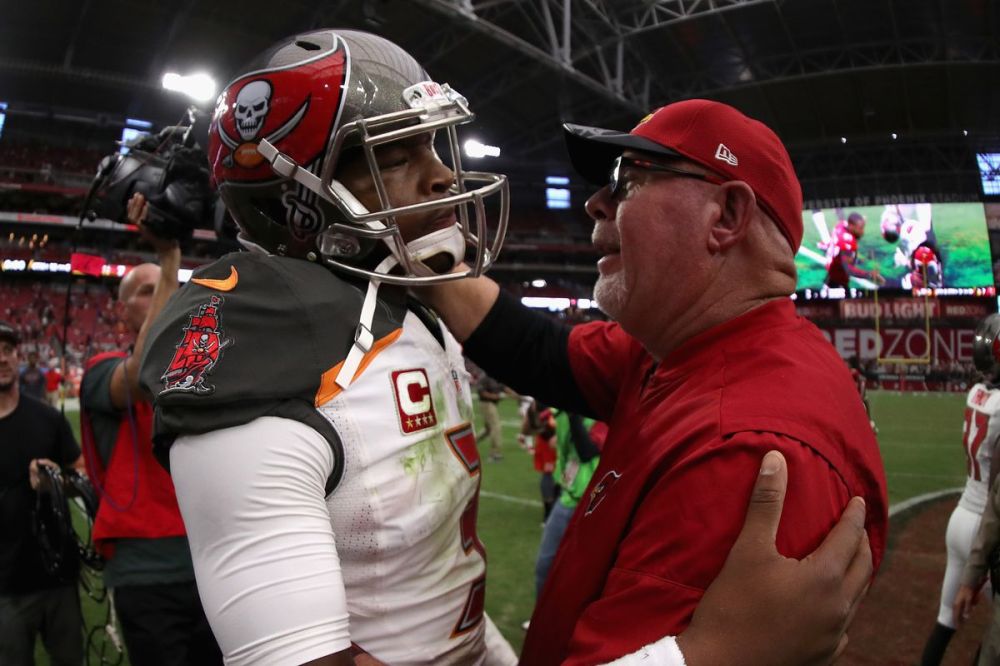 -West: Los Angeles Rams
I was a lot higher on the Rams before the Super Bowl. They still are head and shoulders above the rest of the division though. Seattle will always be competitive with Russell Wilson but I don’t think they will overachieve as they did in 2018. The 49ers are up-and-coming but need at least another year with a healthy Jimmy Garoppolo. The Cardinals’ offense will be entertaining but they won’t exceed the 6-10 threshold.