We’re approximately one-quarter of the way through the NFL season…and for the most part we have a good feeling on what most teams are all about. The Rams are really, really good. Pat Mahomes of the Chiefs is really, really good. The Cardinals on the other hand, well not so much. While Josh Rosen gives them optimism for the future, it’s hard to project any more than three wins from a roster that isn’t filled with considerable talent. Jon Gruden’s return to the Raiders also hasn’t been a success considering that without Khalil Mack, the team is left with poor talent defensively. 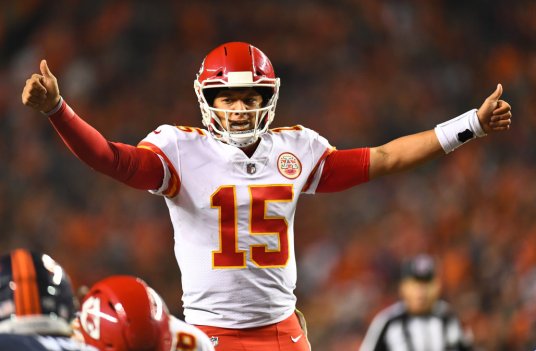 I feel like I have a pulse on the league now and therefore my game picks have been solid. Now let’s see if I can get above .500 this week against the spread! A lot of toss-ups among the Week 5 matchups – click below to find my picks!

NEW ENGLAND 30, Indianapolis 13 (ATS: Patriots -10.5)
Rejoice Tom Brady fantasy owners – he gets his safety blanket, WR Julian Edelman,t56 back for the first time since Super Bowl LI against Atlanta. Brady throws for 3 scores, including one to Edelman as New England cruises to an easy win over the banged up Colts.

Tennessee 20, BUFFALO 13 (ATS: Titans -3.5)
Coming off an ugly performance in a shutout loss to the Packers, things don’t get a lot easier for the Bills this week. Marcus Mariota led an epic overtime drive to defeat the World Champion Eagles and he’ll keep the momentum rolling in a low-scoring win in Orchard Park.

CAROLINA 27, New York Giants 20 (ATS: Giants +7.5)
I know that the Panthers are coming off a bye week…but New York is pesky enough to where this could and should be a close game in the 4th quarter. Behind Cam Newton’s 3 total TDs, the Panthers prevail thanks to a late TD pass to WR Devin Funchess.

CINCINNATI 23, Miami 17 (ATS: Dolphins +6.5)
Miami clearly isn’t who they started out to be…but the Bengals just might be legit. In a slightly closer game than the Vegas folks predict, Cincinnati starts 4-1 and appears to be a serious contender for the AFC North division title.

Jacksonville 24, KANSAS CITY 22 (ATS: Jaguars +3.5)
KC is coming off a hard fought win on Monday night against Denver and now faces arguably the most difficult defense in the league. So many storylines in this game including Patrick Mahomes’ continued dominance of NFL defenses…will it continue? My prediction – not so much. Once again the Chiefs try to make a 4th quarter comeback but fall short to drop to 4-1.

PITTSBURGH 38, Atlanta 24 (ATS: Steelers -3.5)
The over/under in this game is a whopping FIFTY SEVEN which is insane. But Vegas knows what it’s doing. Expect a wild shootout and take the OVER! Start every fantasy player you own in this game as well.

NEW YORK JETS 23, Denver 20 (ATS: Jets -1.5)
I’m not buying into either one of these teams but after the way Denver folded in the fourth quarter on Monday, I’ll predict that rookie QB Sam Darnold gets his first home NFL win in a tight game.

Green Bay 30, DETROIT 24 (ATS: Packers -1.5)
With a win here, the Packers have a chance to start 3-1-1 and possibly put more distance between themselves and Minnesota…whose defense has gone AWOL lately. No I’m not forgetting about the Bears on bye week…they’re in 1st place in the NFC North. Either way, I think the Lions aren’t very good and after this game, they’ll drop to 1-4.

Baltimore 23, CLEVELAND 14 (ATS: Ravens -3.5)
The Ravens appear to be an elite team while the Browns, while competitive, have a ways to go with rookie QB Baker Mayfield. The fact that the line is only 3.5 raises some eyebrows but I have no doubt that the Ravens win and cover.

LOS ANGELES CHARGERS 35, Oakland 21 (ATS: Chargers -5.5)
The Raiders are an absolute dumpster fire on defense – giving up 42 to the Browns last week? Are you kidding me? Philip Rivers throws for three scores in a fairly easy LA victory.

Los Angeles Rams 28, SEATTLE 16 (ATS: Rams -7.5)
Seattle isn’t very good and LA is quite possibly the best team in the league. Last year the Rams won 42-7 at CenturyLink Field and while it won’t be as much of a blowout this time, an LA cover of the 7.5 is likely.

SAN FRANCISCO 23, Arizona 17 (ATS: 49ers -4.5)
I’m not picking the Cardinals until they win a game first…simple as that. No more explanation needed. The 49ers, even without Jimmy Garoppolo, are a lot better than this flawed AZ team.

Minnesota 27, PHILADELPHIA 24 (ATS: Vikings +3.5)
What was I saying about the Vikings above? I have a strange feeling…not sure why…that Minnesota stops their slide this weekend in a tough environment. If I’m wrong, the Vikings will sit at 1-3-1 already 2.5 games behind the Bears! But take Kirk Cousins’ team with the points either way as I’m expecting a close thriller throughout.

HOUSTON 27, Dallas 20 (ATS: Texans -3.5)
Looking for a point spread lock of the week / survivor pick? Give me Houston, coming back home, after an emotional OT win in Indy. It’s time for the Texans and their QB Deshaun Watson to play like the version we expected at the start of September.

NEW ORLEANS 31, Washington 23 (ATS: Saints -6.5)
Fun game on MNF with Drew Brees most likely to break the all-time passing yardage mark. Washington appears to be better than I expected with Alex Smith at the helm and Adrian Peterson in the backfield…but I just can’t fathom a way that they win in Mardi Gras-ville with much fanfare likely to take place involving Brees.

For more NFL analysis and thoughts, listen to The Daily Blender, weekdays from 1-3pm on 1580TheFanatic. You can tune in here.